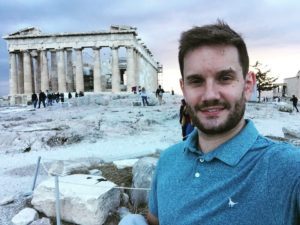 Athens, Budapest and the Not-So-Terrible-Twos

It’s been a crazy couple of weeks….and unusually, that’s had absolutely nothing whatsoever to do with Marley, even though he’s now deep in to his terrible twos.

I was away for almost a week in Athens at the end of September, where I was attending a work conference and then hoping to get a bit of a break before returning home.

I did get the chance to climb the Acropolis, visit the Parthenon and see the incredible views of the city…

But that was about it.

On my way back down, the rain started. And basically didn’t stop for 48hrs. I was trapped indoors.

They even gave this weather a new name; Medicane, a Mediterranean Hurricane.

Not the best conditions to visit Athens for the first time, but it was still a fantastic place to visit.

So after a bumpy flight back to London, I was home for a couple of days (although I basically worked the entire time) before heading off again, this time to Budapest for a good friend’s stag/bachelor party.

Three sun-and-fun-filled days of beers, boat trips, ruin bars and a visit to the Szechenyi Baths.

So despite feeling a little worse for wear, I was very happy to get back home to Marley and my wife on the Sunday evening.

And Marley was particularly happy to see me. We had been in regular touch on FaceTime and my wife had told me she feared the Terrible Twos were now getting in to full flow.

But once I walked back in, he was jumping up and down and seemed really pleased to see me, so we wondered whether it might just have been his reaction to a change in routine.

And I swear he had grown a foot in the time I’d been away.

So aside from the occasional grumpy moment  (and this may be tempting fate somewhat) his Terrible Twos really don’t seem too bad at all.

In fact, I would say he seems to be having more fun than ever; racing around, enjoying himself, and shouting out all kinds of ridiculous nonsense.

I did a guest blog 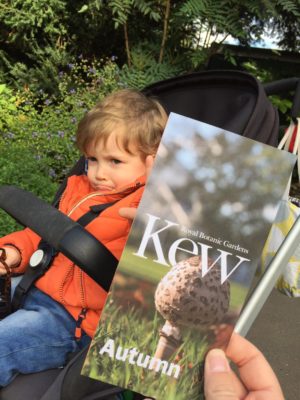 A trip to Kew Gardens with the grandparents