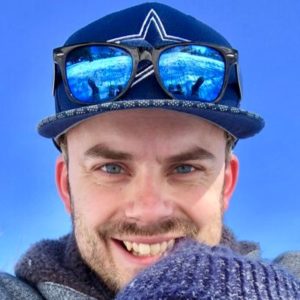 The definition of Inspiring

I’ll be honest, it’s not often a news story from Canada catches my eye. In fact, I’m not even sure how I stumbled across this one.

But somehow – through the power of the internet – my eyes landed upon a headline including the words Canadian Dad Blogger of the Year. For some reason, that was enough to make me want to look. I’m really, really glad I did.

This is Dale Allen Berg.

Dale is an entrepreneur and college instructor, as well as being a married, stay-at-home-dad to a four-year-old and a set of two-year-old twins. They all live in Kelowna, not far from Vancouver, and he and his wife Lisa Gaytan-Berg co-host a local parenting conference called Parenting 101.

It all sounds fairly ordinary so far. Except Dale’s life is anything but…

In February, he was diagnosed with multiple sclerosis (MS) – a condition I am unfortunately very familiar with as my older brother, Robert, also suffers from it.

Less than two weeks before that diagnosis, his daughter Madison was diagnosed with a neuro-development disorder called Rett syndrome. It’s a very rare condition that almost exclusively occurs in girls.

And devastatingly, it means Madison will never be able to walk or talk, and will be dependent on a caretaker for the rest of her life.

It’s a scarcely believable situation….and that’s before you also discover that his other two children have autism.

The fact that Dale can write about these terribly difficult circumstances so openly and share them with the world is incredible, and the mental strength that comes through in his writing is extremely powerful.

I would strongly urge you to read this post from not long after he was diagnosed.

I had never read another Canadian dad blog in my life, but I would imagine the organisers of this particular blogging award had a fairly easy decision to make.

Dale’s blogs are personal, insightful, emotional but also incredibly uplifting. He says he blogs about these personal experiences in order to inspire others, and I must admit he really has (not to mention making me feel slightly ridiculous for posting all about my appendicitis experience, but never mind).

I’ll be keeping a close eye on his blog in future – and am hoping to get the opportunity to get him to do a guest post on my blog soon. In the meantime, I wish him huge congratulations on the award and the very best for his family’s future. 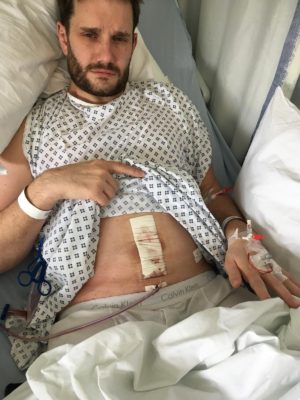 An Easter to remember 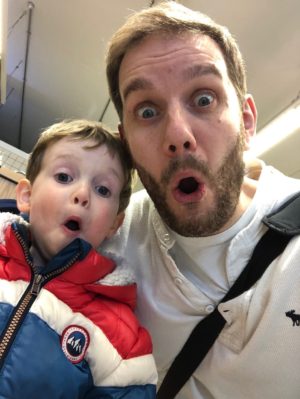