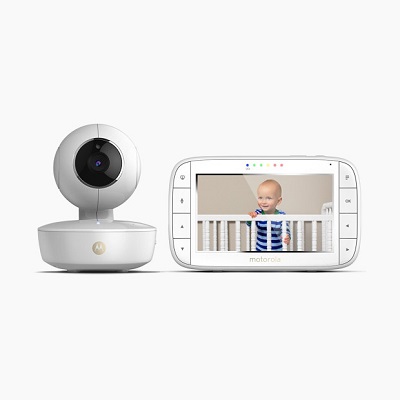 Recently, we bought a fancy monitor to keep an eye on Marley while he sleeps. It’s a Motorola one, and it’s got a video screen, it can play him different types of music, it can tell you the temperature of the room and everything.

We thought it was a bit over the top when we first heard about them, to be honest. But we also thought it might give us a bit more peace of mind. And some more sleep.

He still sleeps in our room, in a crib, the boy. For the first three months we were just so desperate to get some sleep (any sleep!) that he was never out of our sight. If he was sleeping in the bedroom during the day, so were we. If he fell asleep on one of us on the sofa watching TV, the other one would probably be sleeping on the floor. And so on.

Any opportunity, any where.

But once he passed that 12 week milestone, all the advice pointed towards trying to establish some kind of routine.

We were heading off off on our holiday around that time, and tentatively trying to forge this routine for him.

So we decided we’d get the monitor, try to get him down to sleep at a reasonable time (around 7pm is “sensible”, apparently) each evening and then keep a reasonable watch on him, while still trying to enjoy a little bit of time to ourselves.

The first few attempts were actually pretty successful – well, that’s if you don’t count those times we went and checked he was still breathing because we couldn’t see whether or not he was moving when we looked at the screen.

Most of the time, you see his little chest going up and down with each breath. Sometimes it’s only faint, but it’s still there.

And other times, when he feels like taking the piss a little bit, you don’t see any movement at all. In fact, i’m pretty sure he just holds his breath and tries not to move a muscle for as long as he can. Which is usually just long enough for you to panic, and sprint through to the bedroom…where you find him fast asleep again, in his crib, chest moving up and down.

On the outside, he is sleeping, but on the inside you know he is making this face.

He also caught me out with a different prank the other night. I was just minding my own business, watching TV in the living room. I hadn’t heard a peep out of him for a while – which is fine, and usually means he is just sleeping – but I thought i’d switch on the monitor screen, just to be sure.

This is what I saw:

I know it isn’t possible. But if you look closely, I am certain he is looking directly at me through the camera lens.

At least I know I’m not going to have too much to teach him in the way of practical jokes. 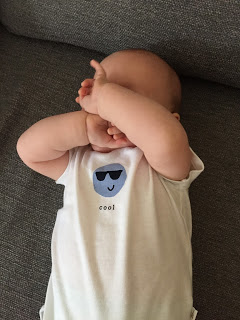 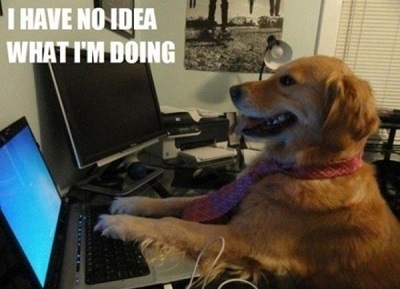