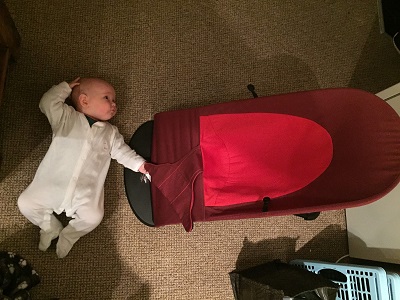 When I got home from a manic weeks’ work away in Berlin on Wednesday, I wondered whether I would notice any differences in the little man.

I have to say, nothing really stood out, at least initially when I picked him up. A bit more of a cheeky look in his eyes, perhaps. The only difference that I clocked was a little cut, just next to one of his eyes.

It did occur to me at the time, that I’m pretty sure if I came home with a cut next to my eye, I would get in some serious trouble…..but my wife gave him the benefit of the doubt. He is only 20 weeks old, after all.

A little later that day, we were both surprised by a proper change.

As we sat talking on the sofa, Marley slowly and quietly leaned forward on my wife’s knee and sat absolutely bolt upright, like he was trying to listen in.

He looked around for a moment, as if he did this kind of thing all the time, and then, just as slowly, lay back down again.

He’d never done that before, so we then (of course) spent the next 20mins trying to get him to do it again. But to no avail, and he got bored of us trying so we put him back in his bouncer.

Speaking of the bouncer, I received an alarming text message about that from my wife while I was away:

“He slipped out of the bouncer even though his toys were attached. I looked up and he was gone!! He was on the ground on his side 🙁 He didn’t make a peep so I think he’s OK. Can’t take my eyes off him!!!”

*This is an artists impression of what happened

I don’t know if it’s a coincidence, but I’ve noticed he has also started screaming a lot more since this happened. Even when he is perfectly happy, he can still make a hell of a lot of noise. He tends to sit quietly for a little while, just long enough to make you feel relaxed, and then, without warning, lets out an ear-piercing scream.

No tears, no sign of being upset, just incredibly loud noises.

I’ve got absolutely no idea who he gets his voice from, but I imagine it must be from his mum’s side…. 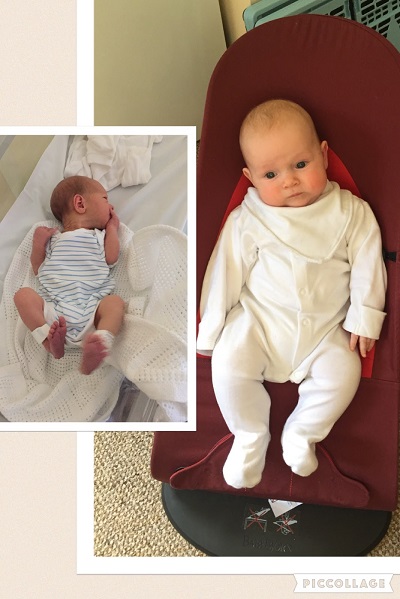