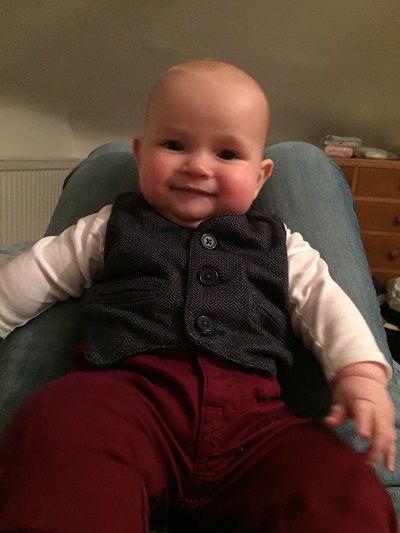 Marley reached the half-year mark in the run up to Christmas, and in that short time he has provided us with an unbelievable amount of parenting lessons and some truly wonderful, lifelong memories.

I spent a week without him at the end of December, and I couldn’t believe how much I missed his little face. Look at him!

It’s really difficult to sum up exactly how much life has changed for us in these six months, and to attempt to summarise it here would be all but impossible. But since Christmas is a time for reflection, I wanted to try and capture a few things I’ve learned since becoming Marley’s Dad. Here we go:

1) You spend most of your time standing and rocking

Sometimes I use it as a calf workout.

2) Nothing he does is disgusting*

From day one, nothing has grossed me out. Honestly, nothing. Pee, vomit, drool, poo.There’s been plenty of all that. And let’s be honest, there’s a fairly good chance that at some point or other in the last six months, all of them have been, at best, on my face, and at worst, in my mouth. It genuinely doesn’t bother me.

*I must add that if any other baby’s poo was anywhere on my body, that might still be enough to make me vomit on the spot.

3) Every day is a school day

We have, without exception, learned something new every day. Sometimes, you learn something and then the very next day realise what you learned was wrong, and learn from that.

But speaking to other parents, it’s clear that what works for one baby does NOT always work for another, so it’s vital to keep finding out what is best for him.

I have had a few moments where it’s suddenly occurred to me that I am someone’s Dad, and it has hit me like a brick.

One such moment occurred while I was watching The Lion King at home on my own (I’m 34…). There’s this moment where Mufasa is explaining the meaning of life to the young Simba. Suddenly, it occurred to me that I need to do that, that Marley will be reliant upon me to teach him valuable life lessons, to explain how things work, and to be a role model. And to not get killed by a herd of stampeding wildebeest.

I think I might have been a little hungover at the time.

There’s no doubt about it, our priorities have shifted. He comes first; anything else is secondary. I think this is especially true from my wife’s perspective – everything she does, she does for him.

I do try and vie for some attention, but it’s a losing battle. Maybe I’ll try again in 18 years.

6) Parenting is a team sport

I have absolutely maximum respect for any single parents out there who go through this on their own. It is difficult enough with two of you.

Case in point: Marley has got a cold at the moment (my fault) and spent most of last night awake, coughing, sniffing, snorting and sneezing. It became obvious by around 04:00 that he wasn’t going to sleep in his cot, so I decided to stay awake and let him sleep on me so my wife was able to get some sleep of her own. He managed that for a couple of hours, so at about 08:00 my wife got him up to let me try and get some sleep, and I woke up again around 11:45.

We help each other out, and it wouldn’t work any other way.

Here’s to many more fantastic memories (and lessons) in 2017 and beyond. 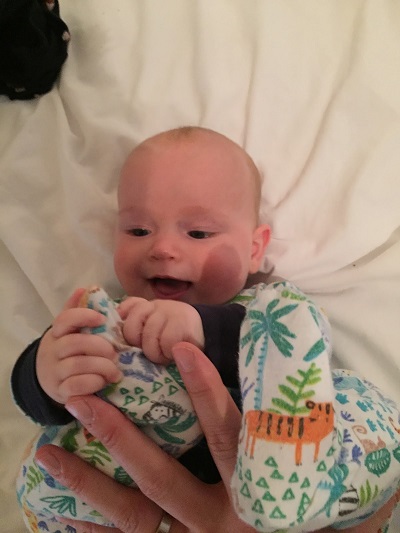 How is it February already?