Day out at the zoo

December 14, 2017Michael Oldham
It was my birthday at the weekend, so we decided to go for a day out with Marley’s grandparents – visiting from Edinburgh – to the Children’s Zoo at Battersea Park.
(Disclaimer: this is definitely not just a zoo for children; I am certain I enjoyed it even more than Marley did).
It’s a lovely, small zoo with a great variety of animals, and absolutely ideal for Marley’s age-group who are difficult to contain for any more than an hour at a time.
We arrived just in time for meerkat feeding, so we saw the little creatures sprint off from their spot in the winter sunshine to grab a bite to eat behind the glass, right in front of us. They were served red pepper and potato, incidentally, and were getting cockroaches and some other insects for their afternoon snack. Educational!

There was a little boy asking questions to the feeder, so I decided it was OK for adults (“adults”) to join in with the questioning. I asked what happens if a fox gets in to the enclosure – the meerkats are only contained by a three foot wall, so other animals could quite easily get in there.
She told us it actually happens quite often, and apparently when anything does get in, the meerkats all bunch together into one group and run towards it, screaming. Difficult to believe, but nonetheless excellent to imagine!
We’ve been teaching Marley quite a few new animal noises lately – cow, horse, pig, sheep have all been added to his repertoire – but this was his first chance to actually see and hear the animals in the flesh.
We managed to introduce him to a few little monkeys and some small birds as well as  mice, rats, otters, ostriches and even a few wallabies – and a snake. But none of them really made any noises for him. And even if they did, it’s difficult to hear a snake’s hiss through several inches of glass.
So it was a relief when we reached a small enclosure with some chickens and a large cockerel, who was bellowing out his morning song.
COCK-A-DOODLE DO!!!!!!!!
Marley (and I…) enjoyed this immensely. His grin widened every time the cockerel belted it out. His own version is, probably a bit more of a DO-DO-DO-DO-DOOOOO but it’s pretty impressive. And anyway, now he knows how it is supposed to sound.
Marley seemed to really enjoy the zoo, so we will have to take him to a bigger one soon. Mainly so that he can finally see what a lion really looks like. He even got me a lion birthday card, and this is how he thinks they sound:
He’s going to find the real thing a bit of a surprise…
51.4791075-0.1564981 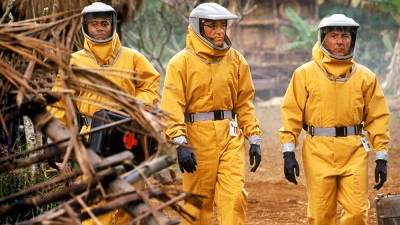