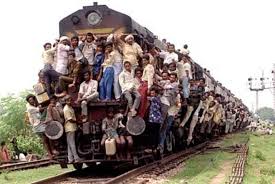 Standing room only – (another) train journey with a toddler

You may recall a previous post from when Marley was super tiny, about why a train journey with a toddler (especially towards the Edinburgh Fringe Festival) is seldom a dull affair.

But despite recently creating a five point plan for how to handle such a journey with a toddler, we were not quite prepared for this one.

Upon our morning arrival at King’s Cross, the gates to the platform were open which never happens; an early clue that our train may be rammed.

And rammed it was.

Oh yeah, this is where I should tell you that I only booked our tickets a week or so in advance of travel, so they didn’t come with a seat reservation.

A train journey with a toddler

In all my naive glory, I had clicked ‘BUY’ under the assumption that we’d (probably) be able to simply push Marley’s buggy through the busy carriage, talking loudly about how “if we could only find three seats together we’d be fine”.

At that point, a smiling, friendly fellow passenger would (maybe) offer up his or her comfy seats in order for us to (perhaps) sit down and begin our journey in unbridled joy and happiness.

The reality was rather different.

We could barely even get Marley’s buggy IN to a carriage. In fact, we could hardly get on the train at all. As we scurried along the platform, every entrance we passed seemed to be packed full of more humans than the last, pushing and squeezing their way on board.

Eventually, as we neared the last of the train’s carriages (and my wife neared near-full-on-panic-attack mode) we decided just to force Marley’s buggy in to a doorway and accept the fact that this wasn’t going to be the comfortable journey we’d hoped for.

As the last few remaining seats filled up, we were left standing more or less where we had got on, accompanied by two guys heading to Edinburgh for a stag party, and a solo Geordie travelling north to watch his beloved Magpies play Spurs in the season opener.

My wife calmed down (helped immeasurably by one of the stag guys lending her his suitcase to sit on) and we left King’s Cross heading for Edinburgh with our plans for keeping Marley entertained essentially in tatters.

He was great, though. At first he wanted to be held long enough to look out of the window as the city became the countryside, but eventually he was willing to sit back down in his buggy, eat his snacks, watch his iPad and then fall asleep for a couple of hours.

We stood and chatted to the stags and the Geordie as they filled up on Kronenbourg, and soon enough we got to Newcastle where the Geordie departed.

His place was immediately filled by two young lads who seemed excited….but that excitement soon turned to horror when the voice over the tannoy made them  realise they’d got on the wrong train.

“Where are you going?” one of the stags asked the panicking pair.

“No you’re not” the stag replied, with a grin.

The next 15 minutes were by far the most entertaining of the journey, as the merry stags revelled in the young lads’ misfortune.

They taunted with lines such as “you’re going to have a great weekend in Edinburgh” and “oh, was that Inverness we just passed?” before their excitement reached fever pitch when the train guard approached.

“THEY DON’T HAVE THE RIGHT TICKETS” the stags barked, pointing at the two terrified young faces. I probably enjoyed this part more than the bizarre John-Luke Roberts show  I went to later that evening – a surreal adaptation of the iTunes terms and conditions that included a dead Bill Gates, a brief cameo from Mark Watson and a man literally talking out of his arse.

Anyway, the young lads couldn’t get off the train fast enough when we pulled in to Berwick, and we weren’t too much later getting in to Edinburgh to begin our weekend.

And for the return trip – yet another train journey with a toddler – I made sure we had reserved seats! 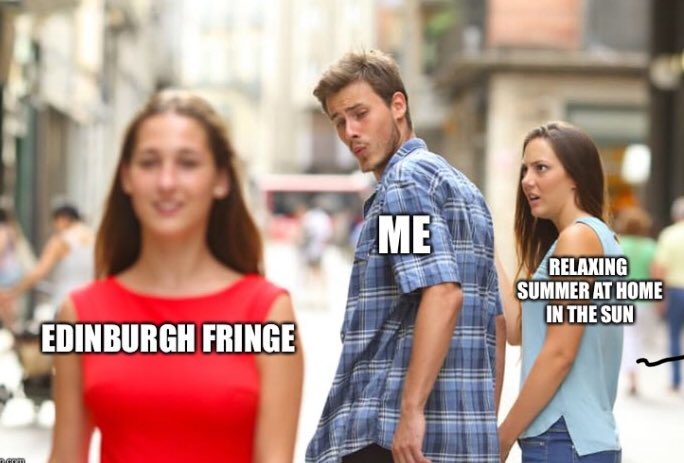 Five essentials for a five hour train journey with a toddler 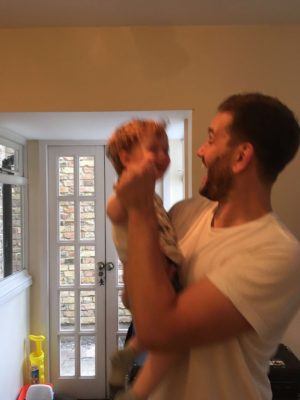