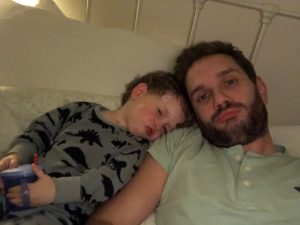 A couple of weeks ago, we took Marley out to get chickenpox.

Well, yes, I suppose it is a bit….but we had actually been due to visit his chickenpox-ridden cousin anyway, even before we found out he was right in the middle of the most contagious phase.

We basically came to the conclusion that Marley – now that he is 2 and a half – is at as good an age as any to get the virus, so we took our chances.

It began about two weeks after that visit for Marley. And he was fine for the first couple of days; in good spirits and as happy as usual, no sign at all there was anything wrong except for a couple of little spots.

Monday and Tuesday were much the same, a few more spots maybe, but he was still pretty content and although he wasn’t allowed to go in to nursery he was more-or-less the same us usual.

But then there was Wednesday….

We dabbed at his pox with calamine lotion regularly, we gave him anti-histamine to try and help with the itchiness. (One funny Marley Moment was when he made a funny face after having his medicine, so my wife asked him if he liked it and he replied: “it’s not the best!”)

We also plied him with about as much Calpol as it’s legal to give a toddler, but still he was boiling hot.

He was grumpy as hell because he was so incredibly itchy, rolling around like a dog to try and itch the pox on his back.

Basically, all night long, he was just miserable.

So in the morning, I escaped to go to work (I had a webinar I had to run and couldn’t get out of it – I promise!) but I was getting regular WhatsApp updates from home.

And when I got home, he was so fed up with it that he ended up just slumped over the coffee table with his head in his hands, wailing: “I’VE GOT CHICKEN POX!!“

And still he itched….

We tried to find other reliefs for him. We got some gel that’s supposed to help, and we even gave him an oat bath – the aftermath of which reminded me of the end of an especially heavy night on the sauce….

Ultimately, it’s really hard to know what works and what doesn’t for chickenpox. Thankfully, by the time Thursday morning came round he had started to feel a little bit better.

The itching had relented. The pox went from being little red itchy things to larger crusty scabby ones (sorry for that little detail).

And after another oat bath – strained oats this time, after advice from friends on how to avoid a pukey-looking bath – he slowly got back to his normal self.

Another milestone reached for Marley….time to dance on the table. 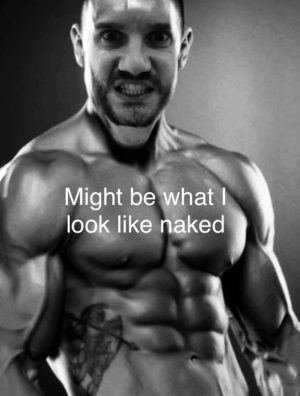